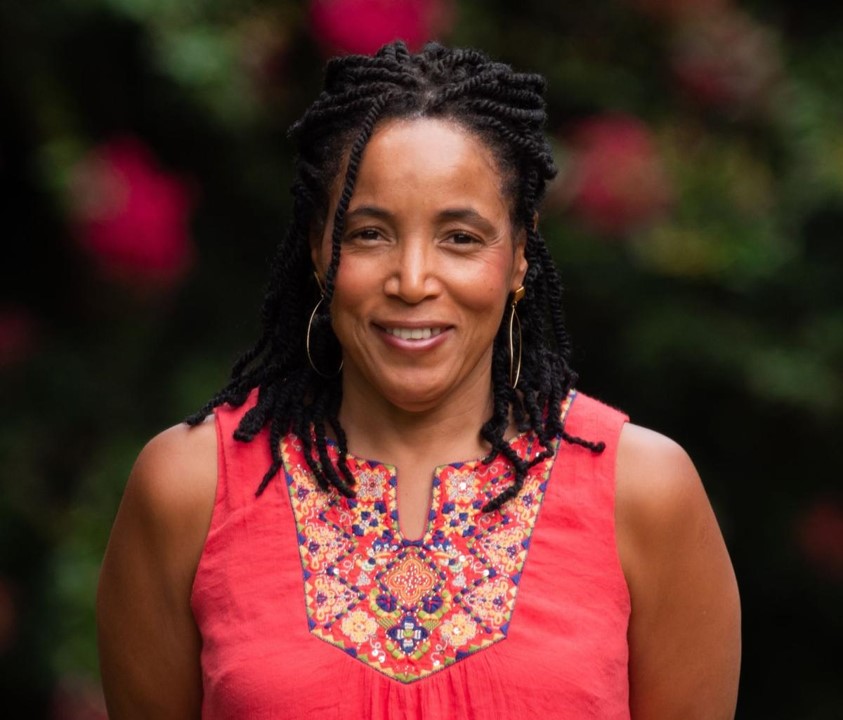 Professor Valerie Scoon (above) had come to Thomasville to speak at the Covey Film Festival, and the festival’s chair, Sharon Maxwell Ferguson, was showing her the Jack Hadley Black History Museum. A photo on the wall of Dr. Eliza Grier, the first African American woman to become a licensed physician in Georgia, piqued her interest as a filmmaker. That was hardly surprising. Dr. Grier’s story was remarkable. Born into slavery during the Civil War in North Carolina, she became determined to become a doctor at a time when women doctors were almost unheard of.

“When I saw a colored woman doing all the work (during a procedure), and all the fee going to a white doctor who merely looked on, I asked myself, should I not get the fee myself?” Dr. Grier was quoted as saying.

Grier heard about the Woman’s Medical College in Philadelphia, an institution founded in 1850 by Quakers and other like-minded reformers, and appealed to the dean of the college.

“Do you know any way that might be provided for an emancipated slave to receive any help into this lofty profession?” she wrote. “If you cannot do otherwise, then give me a chance, a fair chance.”

The college wrote that they would take her as a student.

Though Grier was then a teacher  — she had attended Fisk University in Nashville — she had little money. Undeterred, she went to work to pay her own way through medical school, picking cotton for a year to save up money, then going to the college for a year, then going back again to the cotton fields for another year. Though it took her seven years to get her medical degree, she graduated with high honors.

When she became the first African-American woman to receive a medical license in Georgia, a shocking newspaper headline blared: “A Coal-Black Negress Has Been Licensed to Practice Medicine by the State Medical Examiners.”

Dr. Grier went home to Atlanta, where her family was then living, and set up a medical office and later practiced in Greenville, South Carolina. Her practice wasn’t lucrative — she had to supplement her income at times by teaching — and at one point she wrote suffragette Susan B. Anthony, asking for financial support. Anthony lauded Dr. Grier for her medical work but said she unfortunately didn’t have the resources to help.

In 1901, Dr. Grier moved to Thomasville and took in patients at an office at 731 N. Madison St. Her sign informed residents: Dr. Eliza A. Grier, Physician and Surgeon, With Special Attention to Women and Children. When she died of a stroke at the untimely age of 40, articles in The Times-Enterprise described her as a much-loved figure in town, known for her fine solo voice as well as her medical expertise.

A professor at Florida State University’s College of Motion Picture Arts, Scoon got serious about creating a documentary on early women physicians, including Grier, two years ago and enlisted a former student in New York and another working with her at the film school to join her in the project. It became “Daring Women Doctors: Physicians in the 19th Century.”

(The hour-long film is being shown this month on PBS stations across the nation. WFSU will air it at 10 p.m. July 13. Check local listings for times at other stations. It will also stream.)

The film was made on a shoestring budget through Scoon’s film company, True Visions. She was the writer and producer, and most of her colleagues also wore more than one hat.

Scoon’s career had well prepared her for her role. Before returning to Tallahassee to teach at FSU, she had been an executive at Oprah Winfrey’s Harpo Studio, where she collaborated on “The Great Debaters,” starring Denzel Washington, as well as the film adaptation of Toni Morrison’s novel “Beloved.” Her credits at Harpo also included the made-for-TV movies “Their Eyes Were Watching God” and “The Wedding,” both starring Halle Berry.

Scoon also had served as a studio executive at Warner Brothers, where she oversaw such films as Spike Lee’s “Malcolm X” and the children’s movie “The Secret Garden.”

The Harvard-educated filmmaker and student of American history and literature said “Daring Women Doctors” appealed to her as an opportunity to show the struggle of these early women doctors to break out of their domestic sphere in the face of resistance from society. Besides the racism experienced by women such as Dr. Grier, the women had to endure harassment by male medical students, who jeered them, spit tobacco juice on them and threw things at them during lectures, and the coldness of male professors who didn’t want them in their classes. They often had a hard time getting professors, who were shamed by their colleagues for teaching women.

“I admire these women who chose to redefine themselves and start businesses and practices at a time when there was so much turbulence and strife and strain,” she said. “At that time women couldn’t vote, couldn’t own property. I was impressed with just the idea that they would step out on faith and have a profession” when women’s proper sphere was thought to be the home, where they took care of children and supported their husbands. “That’s a big right angle.”

Her original goal was to make a movie of the story, and she still hopes to do that.

Though Dr. Grier’s story has been available in Wikipedia and elsewhere, her connection to Thomasville wasn’t well known wasn’t until Jack Hadley and Ephraim Rotter, curator of the collection at the Thomasville History Center, researched her. After receiving information from amateur historian Alonzo Hardy of Metcalf, they went through old Sanborn maps to locate her office here, which they discovered was in a house on the corner of Madison and Jerger streets across from the Lt. Henry O. Flipper Historical Cemetery.

With “Daring Women Doctors” completed, Scoon now is working on a new project, a documentary on the history of the enslaved in Leon and surrounding counties.

“I don’t like the idea of these 9,000 people being wiped away, and we have no memory of them,” she said. “The past informs the present so it is important to know our history.”

Scoon expressed her gratitude to Covey and Maxwell Ferguson for making her aware of Dr. Grier’s story and allowing her to become acquainted with people in Thomasville.

“I value my connection with the Covey Film Festival, and I’m glad that it’s moving along and going well,” she said.